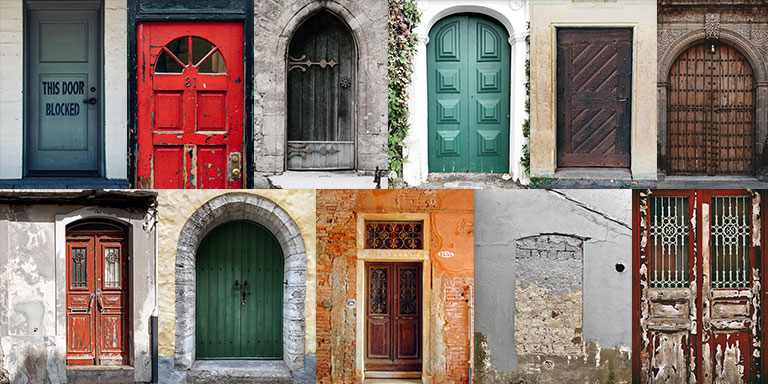 Even When the Doors are Shut: Encountering the Risen Christ

My favorite thing about the Easter story—aside from the resurrection itself—is reading the stories about Jesus’ post-resurrection appearances and how each one was different, uniquely suited to the person(s) he was encountering. In John 20 and 21* we witness story after story in which Jesus systematically sought out his loved ones to announce the good news, to have healing conversations, to provide comfort and assurance, to bring peace, perspective, forgiveness—and even to make breakfast!

I never tire of imagining myself in these stories, wondering what it would have been like to be so sad and disillusioned, to need something so desperately, to not even know what I needed…but to have Jesus seek me out with exactly what I needed. And then to recognize, in his perfect knowing of what the moment called for, that it is the Lord—the very one I had seen crucified!

After all Jesus had endured to accomplish victory over death, there were so many things he could have chosen to do in the time between his resurrection and his ascension. He could have hosted a joyous celebration, showed himself (and maybe even gloated a little) to the ones who had humiliated and killed him, or staged a strategic gathering with influencers focused on how he was going to bring in his kingdom. But instead, he initiated a series of private and very personal interactions with his close ones, gently creating space for what they most needed. His people were more important to him than partying, politicking, or planning.

Mary got an intimate one-on-one encounter in the garden, where she was eventually entrusted with the immense privilege of being the first evangelist. The disciples who were huddled together in fear received the Holy Spirit. Thomas received physical proof that Jesus, the crucified one, was now his resurrected Lord. The seven disciples who fished for a living got the biggest catch of their lives, plus breakfast on the beach. Peter got an awkward but very healing conversation that redeemed his betrayal into a new calling.

Even When the Doors are Shut

One of the most striking elements of John’s account of these post-resurrection appearances is how Jesus appeared to the disciples even when they were trying so hard not to be found. He knew their favorite hiding places and searched them out. In John 20:19 we are told that even though the doors of the house where the disciples had gathered were locked for fear of whatever might happen next, Jesus came and stood among them, saying, “Peace be with you.”

In verse 26, Jesus appears again “even though the doors were shut,” and this time it was specifically to seek out Thomas who had missed Jesus’ previous appearance and wasn’t willing to take anyone else’s word for the fact that a resurrection had happened! In this encounter, Jesus respects Thomas’ doubt by giving him the proof he needed and Thomas learned a very valuable lesson: he learned to doubt his doubts. He discovered that even though his doubts and disillusionment felt very real to him, they were also not an accurate representation of reality. Thank God for Thomas whose interaction with Jesus challenges us all to be honest about our doubts and disillusionments and in that way invite Jesus in, while at the same time allowing Jesus to prove those doubts wrong!

I have always taught that Jesus is polite and does not push in where he is not invited and I still believe this. But these verses refer to a more nuanced situation—one in which the door is shut or locked but the deeper truth is that we actually want Jesus to come in. While it may appear that we have shut the door, walling off some part of our hearts or ourselves, deep inside we want to open it and Jesus knows it. It’s like when a child (or even an adult!) stomps away in the middle of a fight, goes to their room and slams the door; while their outward action makes it look like they want to be left alone, their deepest hope is that someone will care enough to pursue them and draw them out of their miserable isolation. While we might have shut down a part of our hearts or stomped away in disillusionment, on a much deeper level we want Jesus to come in and be with us in our misery. Jesus knows this, so he finds a way to come in.

Finding Ourselves in the Stories

The phrase, “Although the doors were shut, Jesus came and stood among them…” is so very hopeful because it means that even when some door of my life is locked because I am afraid to open it or don’t know how, Jesus is not limited by that. He knows my deepest desire, even when I am so disillusioned I don’t know what to do with myself. Even when I don’t know how to open or have been closed for so long that “keeping the door shut” has become a pattern, he will find a way to come with healing or peace, perspectives or proof—whatever we most need.  And he will somehow do it without violating the free will he has given us.

These stories always make me want to ask, “What doors in my life are locked right now? What parts of myself have I walled off out of fear and disillusionment, convinced that no one can make a difference there? Can I perceive Jesus’ presence and experience his peace in that place?” As we emerge from Holy Week and enter into Eastertide, may we find ourselves in the tender post-resurrection stories of Jesus’ first followers and watch for how Jesus might be coming to us through our own closed doors and our own locked rooms. May we, too, cry out with recognition, “It is the Lord!”

It is the Lord, in the dawning,

It is the Lord, in the crowd,

in the church,
in the conversation,
in the crisis.

It is the Lord, in our joys,

in our sorrows,
in our sickness,
in our health.

It is the Lord, in the stable,

in the humble,
in the stranger,
in the poor.

It is the Lord, risen and returned,

alive forevermore,
giving me new life,
saving me in strife,
It is the Lord.

*Click here to view the lectionary readings for Eastertide (Cycle C) of the Revised Common Lectionary.

©Ruth Haley Barton. 2022. Not to be reproduced without permission.

Listen to the last episode of Season 15

View the show notes for this episode

Ruth (Doctor of Divinity, Northern Seminary) is Founder and Chief Essence Officer of the Transforming Center. A teacher, seasoned spiritual director (Shalem Institute), and retreat leader, Ruth is the author of numerous books and resources on the spiritual life including Strengthening the Soul of Your Leadership, Sacred Rhythms, Life Together in Christ, Pursuing God’s Will Together, Invitation to Solitude and Silence, Invitation to Retreat, and Embracing Rhythms of Work and Rest (Oct 2022).
Subscribe

Excellent insights that move my heart and open my soul to long to be in His presence. Had some disillusioning circumstances recently in my life. Thank you!

So grateful for these rich insights. Through this podcast Jesus came a freed me from shame about some very old sin sitting behind a closed door. He is so good!

Wow. So glad to hear this! What a gift on an Easter Monday!

Always such rich and beautiful insight, and just what my soul most needs. Thank you!