A Roadmap for Spiritual Formation

“The way to spiritual wholeness lies in an increasingly faithful response to the One whose purpose shapes our path, whose grace redeems our detours, whose power liberates us from crippling bondages of the prior journey and whose transforming presence meets us at each turn in the road.”
– M. Robert Mulholland

Spiritual formation has become one of the major movements of the late twentieth century. Spiritualities of all varieties have emerged on the landscape of our culture—Hindu, Buddhist, Muslim, Zen, various Eastern meditation techniques, New Age spirituality and a confusing welter of cults, to say nothing of chemically induced alterations of consciousness.

In the face of a radical loss of meaning, value and purpose engendered by a largely materialistic, hedonistic, consumer society, human hearts are hungering for deeper realities in which their fragmented lives can find some measure of wholeness and integrity.  They are seeking deeper experiences with God through which their troubled lives can find meaning, value, purpose and identity.

Wandering in the wilderness

The Christian community, which should have been a clear voice of liberation and wholeness in the wilderness of human bondage and brokenness, has too often been merely an echo of the culture, further confusing those on a wandering and haphazard quest for wholeness. A multitude of Christian “gurus” have emerged who promise their followers life, liberty and the perfection of happiness. Superficial pop spiritualities abound, promising heaven on earth but producing only failure and frustration for those genuinely hungering and thirsting after God.

Much contemporary Christian spirituality tends to view the spiritual life as a static possession rather than a dynamic and ever-developing growth toward wholeness in the image of Christ. When spirituality is viewed as a static possession, the way to spiritual wholeness is seen as the acquisition of information and techniques that enable us to gain possession of the desired state of spirituality. Discipleship is perceived as “my” spiritual life and tends to be defined by actions that ensure its possession. Thus the endless quest for techniques, methods, programs by which we hope to “achieve” spiritual fulfillment.

A pilgrimage of deepening responsiveness to God

When spirituality is viewed as a journey, however, the way to spiritual wholeness is seen to lie in an increasingly faithful response to the One whose purpose shapes our path, whose grace redeems our detours, whose power liberates us from crippling bondages of the prior journey and whose transforming presence meets us at each turn in the road. In other words, holistic spirituality is a pilgrimage of deepening responsiveness to God’s control of our life and being.

There are many definitions of spiritual formation. Some call for unquestioned and absolute obedience to a leader or a ruling group. Some call for certain evidences that are believed to confirm one’s spirituality (such as speaking in tongues or handling snakes). Some promise plenty and prosperity to those who fulfill certain requirements. Some consist of do’s and don’ts. Some seem to allow almost any behavior as part of their spirituality.

How does one select from such a welter of options?

My working definition of spiritual formation is fourfold:  (1) a process (2) of being formed (3) in the image of Christ (4) for the sake of others.

Going against the grain

But spiritual formation as a process will be seen to move against the grain of our instant gratification culture and the possessiveness of an acquisitive society. Cooperation with God’s gracious work moves us toward the wholeness of Christ. Rebellion against God’s gracious work moves us into destructive and dehumanizing emptiness, into increasingly dysfunctional lives that are self-destructive and treat others as objects to be manipulated and used for our own purposes.

Scripture is also clear in its witness to the fact that only God can liberate us from our bondage, heal our brokenness, cleanse us from our uncleanness and bring life out of our deadness. We cannot do it by ourselves. Thus spiritual formation is the experience of being shaped by God toward wholeness. But spiritual formation as “being formed” will also be seen to move against the grain of our do-it-yourself culture and our powerful need to be in control of our existence. Generally, we like to lift ourselves up by our own bootstraps. Self-reliance is deeply ingrained in us. To allow someone else to control our life is seen as weakness, to be avoided at all costs. The English poet, William Henley, captured the spirit of our culture well when he wrote, “I am the master of my fate, I am the captain of my soul.”

But spiritual formation as “being formed” will reveal that God is the initiator of our growth toward wholeness and we are to be pliable clay in God’s hand. Scripture reveals from the very beginning that human wholeness is associated with the image of God. We are created in the image of God (Gen 1:26‑27). The New Testament parallel to this is that we are to become the likeness of Christ (2 Cor 3:18), who is “the image of the invisible God” (Col 1:15).

For the sake of others

Spiritual formation in the image of Christ will also be seen to move against the grain of our self-actualization culture and prevailing perspectives which tend to create God in our image. The image of Christ will be seen as the ultimate reality of human wholeness, the consummation for which each heart longs. It will also be seen to be cruciform in the essence of its nature; a dying is involved in our growth toward wholeness, a cross on which we lose our old self with its bondages and brokenness.

Scripture reveals that human wholeness is always actualized in nurturing one another toward wholeness, whether within the covenant community of God’s people or in the role of God’s people in healing brokenness and injustice in the world. Spiritual formation “for the sake of others” will be seen to move against the grain of a privatized and individualized religion and the deep-seated belief that spiritual life is a matter between the individual and God.

There can be no wholeness in the image of Christ which is not incarnate in our relationships with others, both in the body of Christ and in the world. 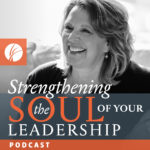 Listen to the podcast season based on Robert Mulholland’s book Invitation to a Journey.

©M. Robert Mulholland, 2016. This article is adapted from Invitation to a Journey: A Road Map for Spiritual Formation Prologue and Introduction to Part 1 (InterVarsity Press, 2016.)

(1936- 2015) was Professor of New Testament at Asbury Theological Seminary before his retirement. He is the author of Invitation to a Journey, Shaped by the Word, and The Deeper Journey, which are all required texts in the Transforming Community experience.
Subscribe

Grateful for these articles on spiritual formation with a Biblical view. Wonder if the definition might be more fully applied if includes…’for the sake of myself and others’ God’s love is personal and community lived out…
Thank you for helping us in this process

Pat, Good call. That is actually the addition Ruth makes to Mulholland’s definition. She discusses this in the interview she did with Bob before his passing in 2015. https://transformingcenter.org/2020/05/season-9-episode-10-spiritual-transformation-for-the-sake-of-others/

Thank for sharing this. Robert Mulholland’s writing continues to encourage me to follow the path of spiritual formation.

This article deeply resonates with me. I am grateful for His grace redeeming my far too many detours. To me this is the “narrow road” which is heart-centric around Christ. I am tired of traveling the “broad road” of choosing to impress over impacting, of being driven, of chasing significance and recognition and a finish line that doesn’t exist. I’m weary of soul abuse of chasing the world and losing my soul. Yesterday while bike riding the Holy Spirit spoke to my heart re: come to Jesus afresh. To daily come to Jesus means leaving the place of controlling my life. I long for a community of Christ-followers where I/we can grow in authentic spiritual formation.

So honest…thank you! Wish you could join us in Transforming Community; sounds like you’re ready! Bless you.

I would love to be a part of a Transforming Community. I live in the Washington, DC. Is there one in my area?

All retreats are currently being held in Chicagoland. There is a community now forming. You can get all the details here: https://transformingcenter.org/in/leadership-formation/index.shtml#.V1DpfVc5m9o

Dr. Mullholand was my exegesis instructor in 94. What a deep Spiritual man he was. I was deeply saddened to hear of his death last year.

We miss him also. Grateful that we can participate in stewarding his work.

Thanks for your definition of spiritual foundation. As a pastor for over 40 years now, I’m sorry to say that I think I’ve added to society’s need/desire for “instant gratification and the possessiveness of an acquisitive society.” Way too many of my sermons were “How to” in nature and left the impression that one could accomplish their sanctification by a set of steps or applied principles. I’m personally, now in my close to retirement stage of life, seeking to learn how to be open to God’s formation of my spirit.

You are most welcome. Thank you for your vulnerability, it is a great encouragement to us. Blessings as you seek to be faithful to what God is showing you about yourself and your leadership. It sounds like you are on a good journey.